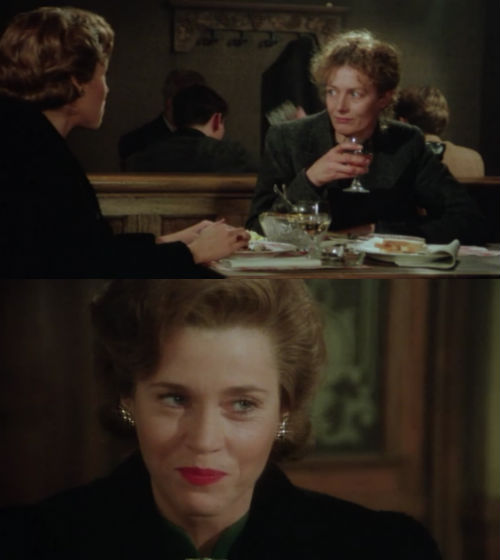 Julia: Are you as angry now as you used to be?
Lillian: Mmm-hmm. Yes. I try not to be, but there you are.
Julia: I like your anger.
Lillian: You’re the only one who does, then.
Julia: Don’t you let anybody talk you out of it.

The first year I attended they honored Peter O’Toole (oh god I will never forget 2011 O’Toole-fest) and last year they honored Kim Novak. This year Ms. Jane Fonda will be getting her hands in the cement. Her choice of film to present is On Golden Pond, the film in which she was able to work with her father, legend Henry Fonda, who finally won an Academy Award after five decades in the industry. I’ll post the full press release below. I hope Jane is as sassy as I imagine!

END_OF_DOCUMENT_TOKEN_TO_BE_REPLACED

Bree Daniel: Don’t feel bad about losing your virtue. I sort of knew you would. Everybody always does.

I am a big fan of Joshua Logan’s Picnic, Bus Stop, Sayonara and Paint Your Wagon (and Mister Roberts, which he took over when John Ford became ill; though I must say I did not really like Fanny), so when I heard the Warner Archive was releasing a remastered copy of 1960’s Tall Story (a film I’d been trying to see or ages) I was overjoyed. While the title sequence is still a little grainy, the rest of the remaster is wonderful and crisp. Nothing makes me happier than crisp black and white cinematography and this remaster does justice to Ellsworth Fredericks‘ excellent work.