I almost made it to an average of a film a day in August. I got a little behind because the fourth season of Cable Girls dropped (it was WILD) and I started to watch a new Spanish show called 45 RPM (so far it’s great!), but I think my average for August was pretty damn good. I want to give a big shout out to KJ Relth at the UCLA Film and Television Archive for really making my summer something special with her amazing programming of female directors at the Billy Wilder Theatre. So grateful to see these thrilling films all summer, and especially to see a few of them introduced by their directors (Nina Menkes, Mary Lambert, Penelope Spheeris). As always, you can find everything I watched after the cut plus a few of my faves.

END_OF_DOCUMENT_TOKEN_TO_BE_REPLACED

Movie Quote of the Day – The Decline of Western Civilization, 1981 (dir. Penelope Spheeris)

Tags: 1981, A Year With Women, Penelope Spheeris, The Decline of Western Civilization

Stymie: Why don’t go make up with him, Alfalfa? You guys have been friends since you were one.
Alfalfa: He started it!
Stymie: And you should finish it. You’re a team, like Bert and Ernie. Superman and Clark Kent, Milli and Vanilli. At least go talk to him. What could it cost?
Spanky: You mean, besides my dignity and pride?
Stymie: All I know is, you only make a once-in-a-lifetime buddy, once in a lifetime.

A Year With Women: 103 Essential Films By Female Filmmakers

Find out more about A Year With Women here.

Lately I’ve become more and more frustrated with the various “best ever” lists that have been released because they rarely feature films by women, or if they do it’s usually one or two films. I think this is more a reflection of those who are polled for these kinds of lists, as well as a compounding of history on itself. For so long films by men have made up the bulk of the film canon and I think people are afraid to add new films to these revered lists. I also think many people haven’t seen very many films by women, or if they have it’s always the same handful of films. In an attempt to create a better, more inclusive list of great films by women, I polled over 500 critics, filmmakers, bloggers, historians, professors and casual film viewers, asking them to tell me what films directed (or co-directed) by women are essential viewing. Some people only responded with as little as five votes, others submitted hundreds of films. In the end, I received over 7,000 votes for 1,100+ different films. After tallying up this data, with ties factored in, I then had a list of 103 essential films directed by women. 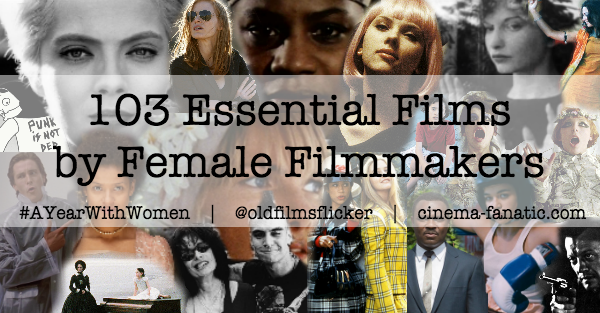 END_OF_DOCUMENT_TOKEN_TO_BE_REPLACED

Ozzy Osbourne: Very often I ask them what they think I would be doing if I wasn’t in rock n’ roll and I kept saying, my answer to that is “probably in prison.”
Penelope Spheeris: Why is that?
Ozzy Osbourne: I didn’t want to get a regular job. I couldn’t conform to any system. I didn’t want to get a job in a fac–I had several jobs in a factories, you know, different jobs. But rock n’ roll has this sort of outlaw-ish thing thing with it. You can do what you want to. You don’t have to get up and listen to some big fat balding old fart telling you take this box and stick it over there.

Steve: Buddy, are you okay?
Drake: I’m not far from dragging you out of the car and beating you to dust.
Steve: You should work up to that, kinda leaves you nowhere to go.