Connie Porter: Dying together’s even more personal than living together. 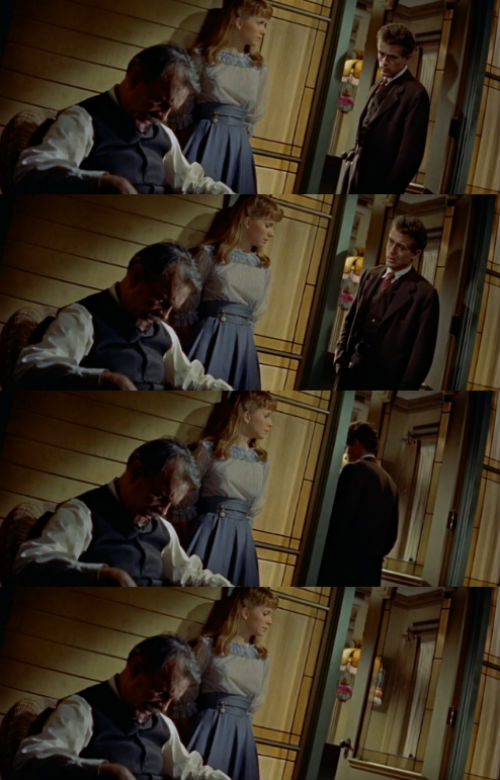 Cal: I took Aron there tonight because I was jealous. I’ve been jealous all my life. Jealous, I couldn’t even stand it. Tonight, I even tried to buy your love. But now I don’t want it anymore. I can’t use it anymore.
Abra: Don’t talk to your father like that.
Cal: I don’t want any kind of love anymore. It doesn’t pay off. No future in it.

Ma Joad: How am I gonna know about ya, Tommy? Why they could kill ya and I’d never know. They could hurt ya. How am I gonna know?
Tom Joad: Well, maybe it’s like Casy says. A fellow ain’t got a soul of his own, just little piece of a big soul, the one big soul that belongs to everybody, then. . .
Ma Joad: Then what, Tom?
Tom Joad: Then it don’t matter. I’ll be all around in the dark – I’ll be everywhere. Wherever you can look – wherever there’s a fight, so hungry people can eat, I’ll be there. Wherever there’s a cop beatin’ up a guy, I’ll be there. I’ll be in the way guys yell when they’re mad. I’ll be in the way kids laugh when they’re hungry and they know supper’s ready, and when the people are eatin’ the stuff they raise and livin’ in the houses they build – I’ll be there, too.