My Love For Woody Allen: Week 2

You can read part one of my four-part look at Woody Allen’s filmography here and don’t forget about the Woody Allen Blogathon on May 20th! This post covers Allen’s work from 1982 to 1990. It’s the beginning of his fruitful decade-long collaboration with Mia Farrow and contains some of Allen’s greatest and most memorable films. 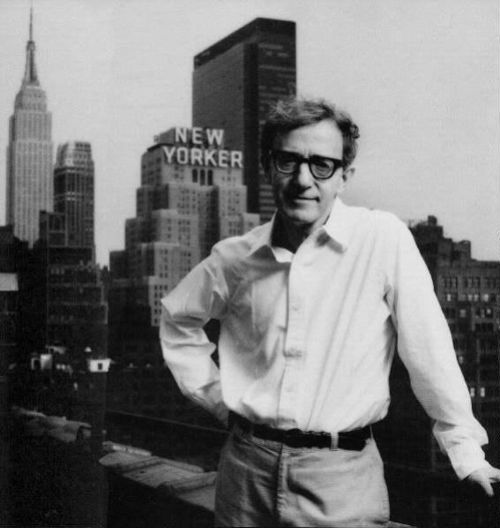 This may not be Allen’s finest film, in fact I think it’s one of his more “generic,” for a lack of a better word, features. It doesn’t exactly fail, but it also isn’t a masterwork like his previous few films. It is, however, important because it was his first film with Mia Farrow and their collaborations throughout the following decade proved to be some of Allen’s great films. Or at the very least, he created some of his greatest characters for Farrow. The film also has a great supporting cast, with fun performances from José Ferrer, Julie Hagerty, Tony Roberts and Mary Steenburgen. 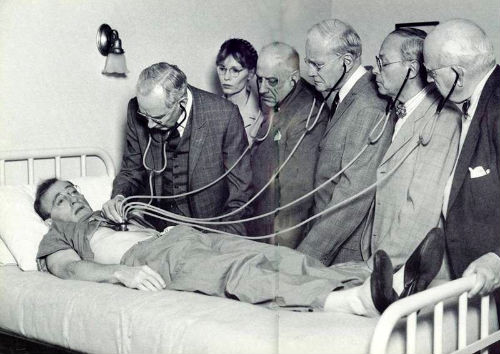 Allen’s next film is probably his best attempt at a “mockumentary” and one of his best films period. Based in the 1920s and 1930s, Allen plays Leonard Zelig a man who has a rare disorder – he can transform himself to resemble anyone he’s near. Farrow plays Dr. Eudora Fletcher, a psychiatrist who is fascinated by Zelig’s disorder. Actual newsreel footage was used with Allen and the other actors inserted using bluescreen technology. Also Allen and his cinematographer Gordon Willis located actual antique film cameras and lenses to use and simulated damage – crinkles and scratches, etc. – on the negatives to make the finished product look more like vintage footage. The film was nominated for two Academy Awards – Best Cinematography and Best Costume Design. The film remains one of Allen’s most critically lauded films and maintains a 100% “fresh” rating on Rotten Tomatoes. 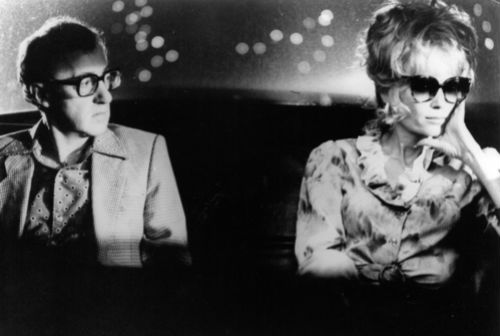 I love Mia Farrow’s character in this film. She is brassy and completely different from anything we’ve ever really seen her do – with or without Allen. The film is about a talent manager named Danny Rose, whose story is told in flashback, in a series of anecdotes from a group of comedians over lunch at New York’s Carnegie Deli. Mostly, it’s one story revolving around Rose and his encounter with a lounge singer’s mistress, Tina (Mia Farrow). I wish Farrow had received more acclaim for her performance in this film, it may well be my favorite of all her performances (or perhaps tied with the next film I’m going to discuss). As it happens, Farrow has never been nominated for an Academy Award. I find this very shocking. The film was nominated for Best Director and Best Original Screenplay. 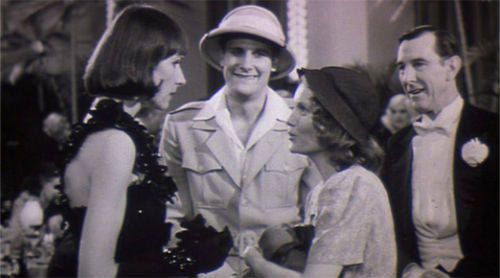 I’m pretty sure this was the first Woody Allen film I ever saw. It was on Encore when I was a child (at the time Encore showed films that were five to ten years old) and I think I was 8 or 9 at the time. I was just so taken by the story, I think because I have always loved films and the thought of one of the characters coming off the big screen was such perfect whimsy. I think this film is definitely a good introductory film to Allen for someone who has never seen one of his films before. I recently saw Buster Keaton’s Sherlock, Jr., which was one of the inspirations for the film and it made me appreciate both just a little bit more. This is one of the few times that I actually like Jeff Daniels as an actor and may well be his best performance. The ending is bittersweet and apparently Allen received some flack for that (and the director believes it hurt the film’s chances at the box office), but it’s really the only way the film could have ended. Allen knows when to stop a story and I’m glad he doesn’t let the box office or anyone else dictate him to do anything different. Allen received yet another Best Original Screenplay Academy Award nomination and the film won Best Film and Best Original Screenplay at the BAFTAs. 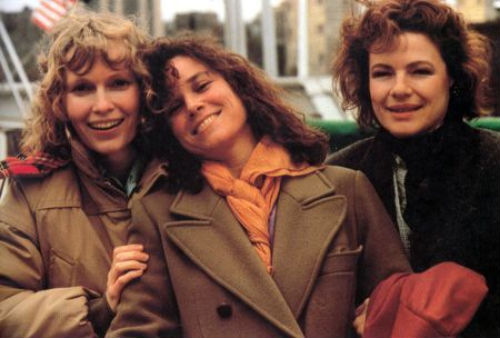 This is maybe my favorite of all of Woody Allen’s films and I definitely think it is his most perfect film. Everything about it is right. I’m not going to say much on this film here because I wrote an Oscar Vault Monday post on it a few weeks ago wherein I discussed the film at length. You can read that here: Oscar Vault Monday – Hannah and Her Sisters, 1986 (dir. Woody Allen). 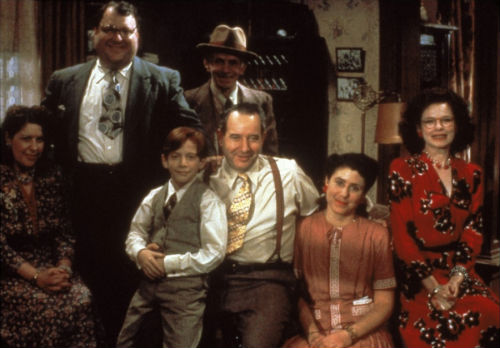 This is such a fun film. Allen is the narrator, telling the story of Joe (Seth Green) and his family as they grow up in the 1940s. As the title suggests, the film focuses on the radio. Each character likes a different radio program. Some of the characters, like Farrow’s Sally White are aspiring or established radio stars. There is so much zest and energy in this film, it’s infectious. The film was nominated for Best Art Direction and Best Original Screenplay at the Academy Awards. 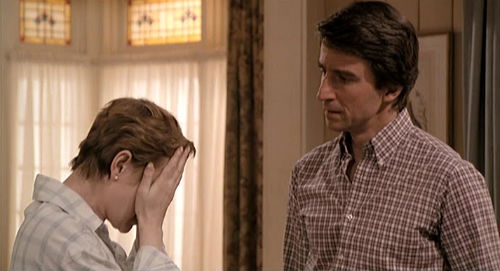 One of Allen’s least seen and oft-critized films, I actually quite enjoyed this film. Apparently Allen shot the film twice;  Sam Shepard (who replaced  Christopher Walken) played Peter (later played by Sam Waterston in the second version), Maureen O’Sullivan played Diane (later Elaine Stritch) and Charles Durning as Howard (later Denholm Elliott). Allen was unhappy with this first version and decided to recast the film and reshoot it. Part of me really wants to see this other version. Was it really that bad? Can’t cure my curiosity. The version that made its way to the silver screen is very theatrical, yes, but I don’t necessarily think that’s a bad thing. I also think Dianne Weist gives one of her finest performances (having won the Best Supporting Actress Oscar for her role in Hannah and Her Sisters the year earlier and featuring prominently in Radio Days). It’s an interesting film at the very least and I definitely think it’s worth any Allen fan’s time. 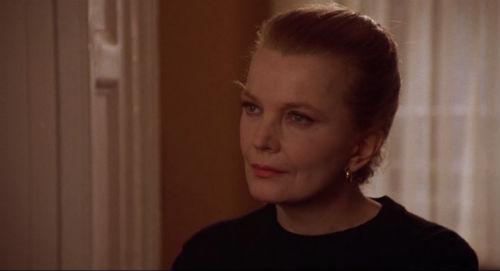 Gena Rowlands is a force of nature any time she’s on the screen and she’s as great as ever in this drama. Rowlands plays Marion Post, a  50-year-old philosophy professor who is renting an apartment to work on her newest book. Her neighbor is a psychiatrist and through a vent she can hear the sessions of Hope (Mia Farrow, whom we never see, but just hear). In listening in to Hope’s distress, Marion begins to examine her own life and realizes all the mistakes she’s made over the years and all the people she’s hurt and pushed away. There’s a lot of Bergman’s Smultronstället (Wild Strawberries) in this film, so I highly recommend you see that one before you see the other (this will also come in handy when you get to Allen’s 1997 film Deconstructing Harry). 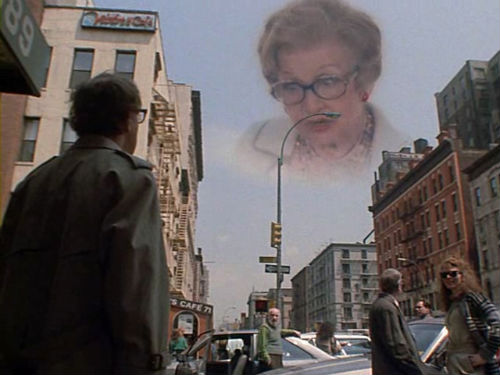 This film is three vignettes, the first by Martin Scorsese (the best of the three), the second by Francis Ford Coppola and Sofia Coppola (the worst of the three and one of the worst things I’ve ever seen period) and the third by Allen. I liked this film, though I didn’t love it. Mae Questel is great as Sheldon (Allen)’s overbearing mother, who ends up literally watching over him from the sky. But the best thing in the film is  Julie Kavner’s Treva, a psychic. Kavner is probably best known as the voice of Marge Simpson, but she appears in several of Allen’s films and she is always good, though never better than she is in this particular film. 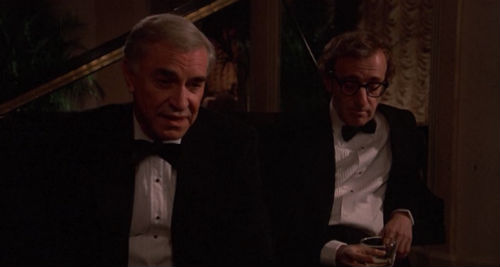 If I remember correctly, this is Allen’s first foray into murder and morals (something he revisits in the 00s, only not very successfully). Martin Landau, in an Academy Award nominated performance, plays Judah Rosenthal, who is cheating on his wife (Claire Bloom) with flight attendant Dolores Paley (Anjelica Huston). Rosenthal decides to ask his brother (Jerry Orbach) to hire a hit man for him. While all this drama is happening, there’s also Cliff Stern (Allen), who’s brother-in-law Lester (Alan Alda) hires him to work on a documentary on his life’s work. There’s also a love triangle between Cliff, Lester and associate producer, Halley Reed (Mia Farrow). While this all seems complicated, all the story lines flow together seamlessly, flawlessly meeting in the film’s final moments. The film ends with a great conversation between Cliff and Judah, another perfect ending from Allen. In the film you can see shades of Dostoyevsky’s Crime and Punishment and another homage to Smultronstället. The film was nominated for three Oscars: Best Supporting Actor, Best Director and Best Original Screenplay. 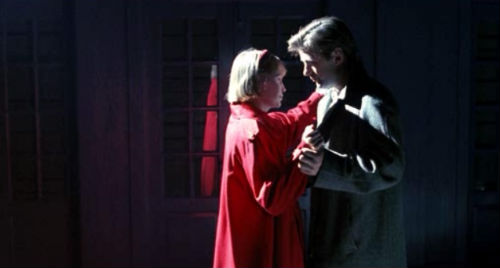 This is another film that is often disregarded and forgotten in Allen’s oeuvre. I think it’s whimsical and full of fun. Farrow plays Alice, who may or may not be unhappily married (she’s not sure) to a wealthy man named Doug (William Hurt), she begins an affair Joe Ruffalo (Joe Mantegna) after a brief encounter at their children’s school. She also visits a mysterious doctor named  Dr. Yang, who gives her some herbs to smoke that allow her to go invisible and at one point even fly (I told you, whimsy). My favorite part is probably when she is visited by the “ghost” of her  first love Ed  (Alec Baldwin). Maybe this film isn’t for everyone, but I happen to love it. It also features some of the greatest art direction and lighting in any of Allen’s films. Allen received his 9th (of an eventual 14) Best Original Screenplay for this film.

Don’t forget to check out our comprehensive Woody Allen aStore here, where you can find all of his films on DVD, as well as books written by and about him.