My Love For Woody Allen: Week 2

You can read part one of my four-part look at Woody Allen’s filmography here and don’t forget about the Woody Allen Blogathon on May 20th! This post covers Allen’s work from 1982 to 1990. It’s the beginning of his fruitful decade-long collaboration with Mia Farrow and contains some of Allen’s greatest and most memorable films.

END_OF_DOCUMENT_TOKEN_TO_BE_REPLACED

I remember distinctly the first time I saw this film: it was about two days before I was moving away from San Francisco (that story is a whole other kettle of fish) and it came on PBS and I decided I would watch it. I was blown away. At that point I think I’d only seen about 8 other Woody Allen films (I’ve seen 31 now) and I just loved this film to pieces. I rewatched it again Saturday as part of TCM’s The Essentials and I fell in love with it all over again. Woody Allen won his only sole Oscar for Best Original Screenplay for this film (his only other writing win was for Annie Hall, which he shared with Marshall Brickman). The film was nominated for seven Academy Awards, winning three: Best Art Direction, Best Film Editing, Best Supporting Actor Michael Caine (won), Best Supporting Actress Dianne Wiest (won), Best Original Screenplay (won), Best Director, Best Picture. The films also nominated for Best Picture that year were Children of a Lesser God, The Mission, A Room with a View and winner Platoon.

END_OF_DOCUMENT_TOKEN_TO_BE_REPLACED 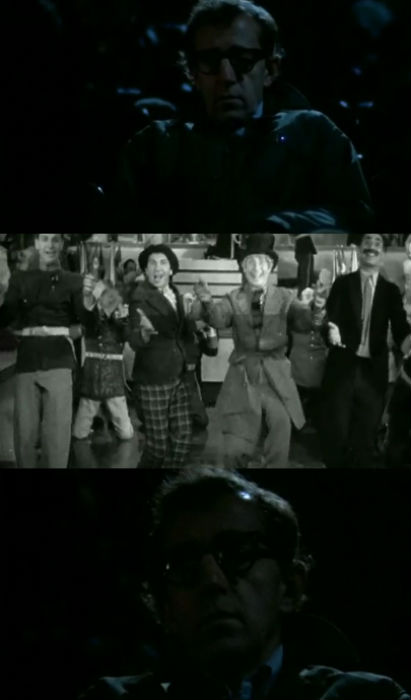 Mickey: And I remember very clearly, I walked the streets. I walked and I walked. I didn’t know what was going through my mind. It all seemed so violent and unreal to me. I wandered for a long time on the Upper West Side, you know. It must have been hours. My feet hurt, my head was pounding and I had to sit down. I went into a movie house. I didn’t know what was playing or anything. I just, I just needed a moment to gather my thoughts and be logical and put the world back into rational perspective. And I went upstairs to the balcony and I sat down. And, you know, the movie was a film that I’d seen many times in my life since I was a kid, and I always loved it. And, you know, I’m watching these people up on the screen and I started getting hooked on the film. And I started to feel: “How can you think of killing yourself? Isn’t it so stupid? I mean, look at all the people up there on the screen. You know, they’re real funny, and what if the worst is true? What if there’s no God, you only go around once, that’s it? Well, don’t you, you know, want to be part of the experience? You know, what the hell, it’s not all a drag. ” And I’m thinking to myself, “Jeez, I should stop ruining my life searching for answers I’m never going to get and just enjoy it while it lasts. ” And, you know, after, who knows? I mean, you know maybe there is something, nobody really knows. I know “maybe” is a slim reed to hang your whole life on but that’s the best we have. And then I started to sit back and I actually began to enjoy myself.

I first saw this film on an airplane on my way back from London in 2000 and I loved it immediately. I didn’t see it again for a few years, but when I finally did watch it again I still loved it as much as I did then. At the time of its release it was up for seven Oscars – Best Score, Best Editing, Best Art Direction, Best Director, Best Picture and won two: Best Adapted Screenplay John Irving and Best Supporting Actor Michael Caine. Best Picture-wise it was up against The Insider, The Green Mile, The Sixth Sense and winner American Beauty. 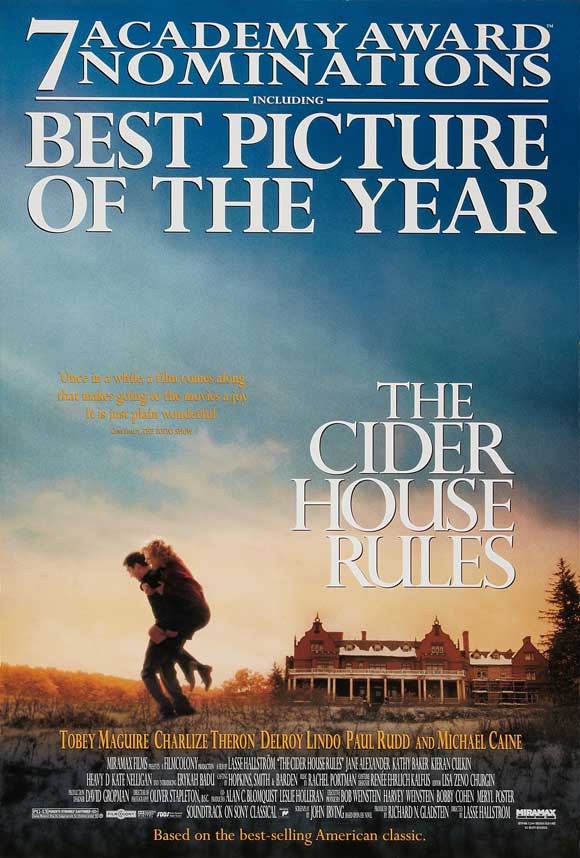