God, I cannot wait for this film. This trailer looks so fantastic. The film, released by Fox Searchlight, is due out November 23rd.

Anthony Hopkins is clearly gonna be in the front-running for Best Actor this awards season, as his portrayal of Hitch seems to be spot on.

Helen Mirren also appears to be at the top of her game as Hitch’s wife Alma.

I’m not the hugest Scarlet Johansson fan, but she at least looks a lot like Janet Leigh.

What I am most exited for, though, is Michael Stuhlbarg’s take on Hollywood dynamo Lew Wasserman. Yes. Good.

You can watch the new trailer here:

Trailer and synopsis after the cut.

END_OF_DOCUMENT_TOKEN_TO_BE_REPLACED

This is one of those movies I remember really love when I first saw and then didn’t watch again for years only to rediscover it all over again. It features a stellar ensemble cast consisting of pretty much every British person ever. The cast went on to win the Best Ensemble at the SAG awards. I remember when Sir Ian McKellan won the SAG for his role in the first Lord of the Rings movie, he quipped something about being the only British actor not in Gosford Park. The film was nominated for 7 Academy Awards – Best Picture, Best Director, Best Supporting Actress Dame Helen Mirren, Best Supporting Actress Dame Maggie Smith, Best Art Direction, Best Costume Design and won Best Original Screenplay – Julian Fellowes. The curious thing about Julian Fellowes is that, at least for me, I loved this film to death and was absolutely bored by two of his latest efforts – Vanity Fair and The Young Victoria. It makes me wonder if perhaps those screenplays would have been fine if he’d had the same calibre director as Altman, or if this screenplay was a one hit wonder? 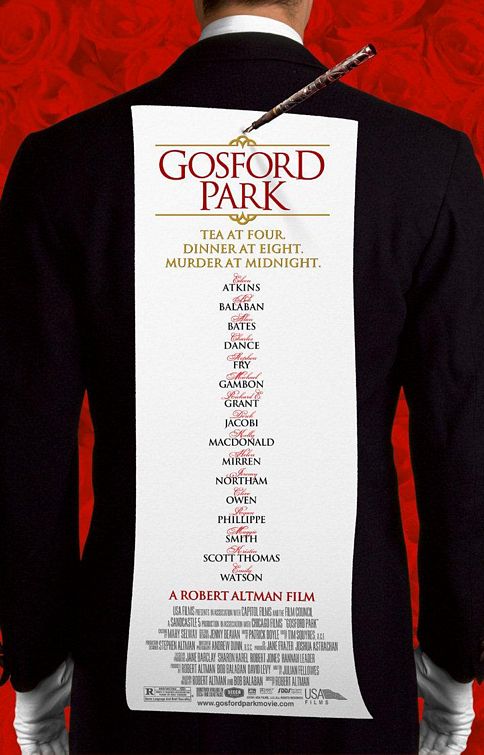 END_OF_DOCUMENT_TOKEN_TO_BE_REPLACED

The Academy Award nominations will be announced at 5:30AM PST tomorrow, February 2nd. I’ve got predictions for 10 of the 24 categories. I’m also going to supply some alternates. I love being able to predict what the nominations will be, but at the same time, it would be nice for some surprises to sneak in there too! 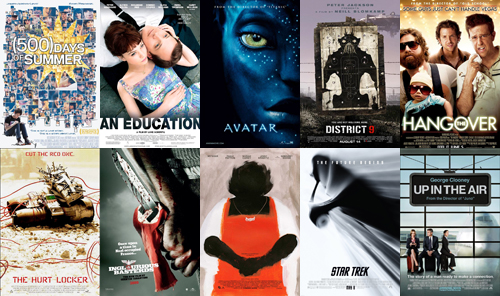 (Alternates: Up, Invictus, A Serious Man)

END_OF_DOCUMENT_TOKEN_TO_BE_REPLACED

Posted in Nominations, the Academy Awards