Timothy Flyte: I used to believe that any theory, once published with supporting evidence, then became open to discussion and debate. But I’ve learned how envious, vindictive, and vicious the academic community can be. They’re swine. Polite swine, but swine none the less. Convincing the world fairly to consider a new idea takes patience, perseverance, and a willingness to fight the good fight in any media forum one can find.

Simon Dermott: Yes, that’s fine. That does it.
Nicole Bonnet: Does what?
Simon Dermott: Well, for one thing, it gives Givenchy a night off. 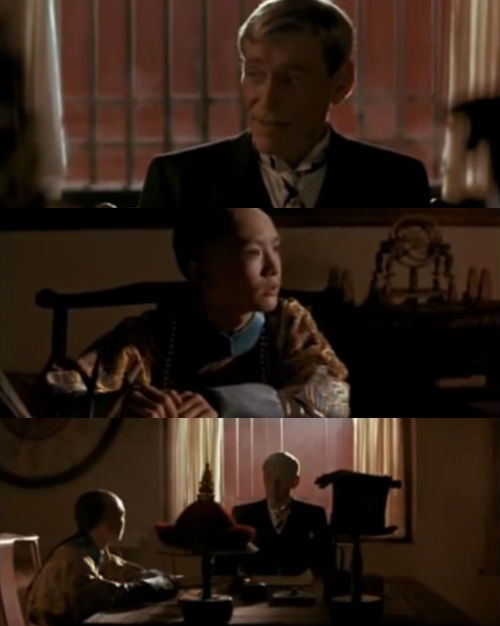 I was lucky enough to attend the TCM Film Festival in 2011, where Peter O’Toole was the honored guest. I saw him introduce Beckett and sat so close to him that I could see the color of his socks. My friend Kristen and I also saw him talk with Robert Osborne for an hour and it was magical. He also received his handprints (pictured above) and I was covering that as press and got a prime spot. He was every inch the gentlemen during that weekend and I am so grateful that I got to have that time with him (even if it wasn’t really with him). He lit up the screen and he truly was an actor *and* a movie star. That he never won a competitive Oscar is one of the biggest travesties in film history. When asked by Osbourne about this, he said he really did want to win one and he wasn’t dead yet. I guess it’s too late now, but we all know he should have won it several times over. He will go down in both film history, as well as human history, as one of the great entertainers of all time. We were lucky he shared his talents with us and he will be sorely missed. But at least he’s reunited with his pals Burton and Taylor and Harris and Reed. They can raise hell on higher level now.

Anton Ego: In many ways, the work of a critic is easy. We risk very little, yet enjoy a position over those who offer up their work and their selves to our judgment. We thrive on negative criticism, which is fun to write and to read. But the bitter truth we critics must face, is that in the grand scheme of things, the average piece of junk is probably more meaningful than our criticism designating it so. But there are times when a critic truly risks something, and that is in the discovery and defense of the *new*. The world is often unkind to new talent, new creations. The new needs friends. Last night, I experienced something new: an extraordinary meal from a singularly unexpected source. To say that both the meal and its maker have challenged my preconceptions about fine cooking is a gross understatement. They have rocked me to my core. In the past, I have made no secret of my disdain for Chef Gusteau’s famous motto, “Anyone can cook.” But I realize, only now do I truly understand what he meant. Not everyone can become a great artist; but a great artist *can* come from *anywhere*. It is difficult to imagine more humble origins than those of the genius now cooking at Gusteau’s, who is, in this critic’s opinion, nothing less than the finest chef in France. I will be returning to Gusteau’s soon, hungry for more. 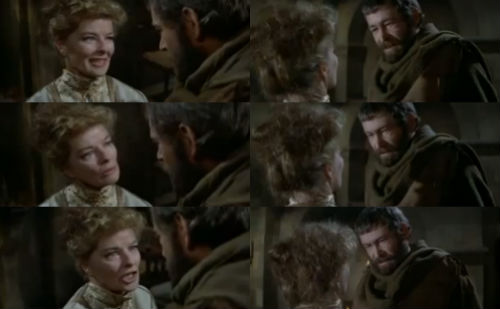 Eleanor: And when you die, which is regrettable but necessary, what will happen to frail Alais and her pruny prince? You can’t think Richard’s going to wait for your grotesque to grow.
Henry II: You wouldn’t let him do a thing like that.
Eleanor: Let him? I’d push him through the nursery door.
Henry II: You’re not that cruel.
Eleanor: Don’t fret. We’ll wait until you’re dead to do it.
Henry II: Eleanor, what do you want?
Eleanor: Just what you want, a king for a son. You can make more, I can’t. You think I want to disappear? One son is all I’ve got, and you can blot him out and call me cruel? For these ten years you’ve lived with everything I’ve lost, and loved another woman through it all, and I am cruel? I could peel you like a pear and God himself would call it justice!

Alan Swann: Live? Live? What does ‘live’ mean?
Benjy Stone: It means at the exact moment you’re cavorting and leaping around that stage over there, twenty million people are seeing it.
Alan Swann: Wait a minute. Wait. . .a . . .minute.
Benjy Stone: Mr. Swann, you’re white.
Alan Swann: You mean it all goes into the camera lens and then just spills out into people’s houses?!
Benjy Stone: Yeah.
Alan Swann: Why has nobody had the goodness to explain this to me before?
Benjy Stone: It’s nothing to worry about, Mr. Swann. Our audiences are great.
Alan Swann: Audience? What audience?
Benjy Stone: You knew there was an audience. What did you think those seats were for?
Alan Swann: I haven’t performed in front of an audience for twenty-eight years! [nervous laughter] Audience. I played a butler. I HAD ONE LINE! [beat] I forgot it.
Benjy Stone: Don’t worry. This is going to be easy.
Alan Swann: For you maybe. I’m not an actor, I’m a movie star!

Maurice: I am about to die and I know nothing about myself.
Ian: You have been loved, though, Maurice. You’ve been adored.
Maurice: Yes. And so have you, Ian, a little bit. Except you didn’t always notice it. 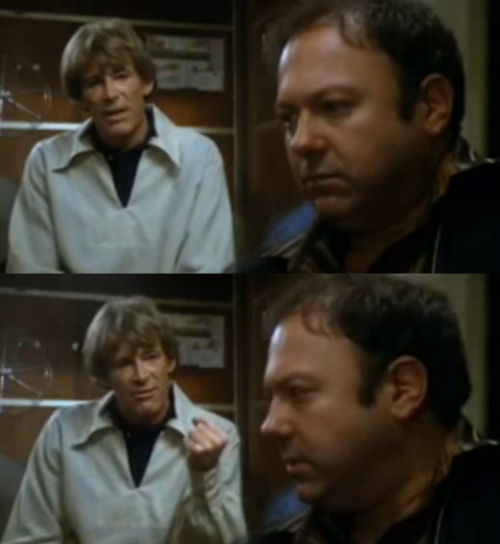 Eli Cross: We’re shaking a finger at them, Sam, and we shouldn’t. If we’ve anything to say it’s best to slip it in while they’re all laughing and crying and jerking off at all the sex and violence. We should do something outrageous.
Sam: Like what?
Eli Cross: Like catching an authentic stench of madness behind all that good clean fun.

Queen Eleanor of Aquitaine: I gave you my youth, I gave you your children.
King Henry II: I don’t like my children! And as for your youth, that withered flower, pressed between the pages of a hymnbook since you were twelve years old, with its watery blood and stale insipid scent, you can bid farewell to that without a tear. Your body was an empty desert, madame, which duty forced me to wander in alone.