2009 was a good year for cinema. So good I had to have a Top 15 instead of a Top Ten (and now, after I’ve seen a lot of the End of the Year fare, I feel like I’d need a Top Twenty). There were some newcomers who blew us away and some actors/actresses who have been kicking around Hollywood for years waiting for That Movie that makes them a household name, and for them 2009 was that year. I’m going to do this list in alphabetical order by last name.

We first saw Jesse Eisenberg in 2002’s The Emperor’s Club opposite Emile Hirsch and Kevin Kline and again in 2005’s The Squid and the Whale opposite Jeff Daniels, but 2009 was definitely his breakout year. He had a double-whammy year with the indie hit Adventureland (with Twilight’s Kristen Stewart) and with last fall’s blockbuster Zombieland he became a household name. One we will see a lot of later this year when David Fincher’s biopic of Facebook founder Mark Zuckerberg, The Social Network opens. The film stars Eisenberg as Zuckerberg and is already an early favorite for Awards Season 2010.

Granted Colin Firth has been in the business for nearly 30 years and has been a household name since his pitch-perfect turn as Mr. Darcy in the 1995 BBC adaptation of Pride & Prejudice, he has been stuck in a limbo of playing charming men in romantic comedies for far too long. He did have supporting roles in the Academy Award-winning movies The English Patient and Shakespeare in Love, but it wasn’t until his heartbreaking turn in fashion designer Tom Ford’s directorial debut A Single Man in 2009 that he finally got critical and  industry award recognition. Perhaps it will serve as a turning point for his career. Only time will tell.

2009 was definitely Zach Galifianakis’ year, with his movie-stealing turn in the Summer Blockbuster The Hangover. Galifianakis was also seen in minor roles in Gigantic, G-Force and Up In Air, as well as part of the supporting cast of the HBO show Bored To Death.

Matthew Goode first appeared in the Hollywood scene in 2004 staring opposite Mandy Moore in Chasing Liberty. In the years following he had supporting roles in a number of films, including Woody Allen’s Match Point. In 2008 he starred in the vastly underrated adaptation of Brideshead Revisited. In 2009, however, he seems to be back on his way to becoming a household name, with a remarkably stoic turn in Zach Synder’s Watchmen and as Colin Firth’s deceased companion in A Single Man.

Anna Kendrick is perhaps best known as Bella’s friend Jessica in the Twilight Saga films, but with a stellar turn opposite George Clooney in Up In The Air, she has proven herself one of the most talented actresses of her generation. Her turn in the film has garnered over twenty Best Supporting Actress nominations, including at the Golden Globes and Screen Actors Guild Awards and half a dozen wins, including at the National Board of Review. Let’s hope her post-Twilight career will be more in the vein of Up In The Air.

Speaking of Twilight, and its sequel New Moon, the breakout star from that film would be Taylor Lautner, who even took home a People’s Choice Award as such. Starting out as a child star nearly a decade ago, Lautner is now a bona fide Hollywood star. Although, being stuck in the Twilight mire, has limited his ability to prove whether his acting chops are up to par or not. If his hilarious turn on SNL is an indication of anything, perhaps, like Kendrick, will we see great things from him in his post-Twilight career. 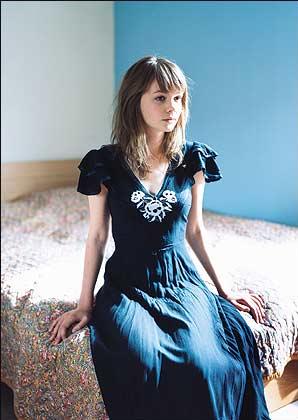 Prior to her star-making turn in 2009’s An Education, Carey Mulligan was best known as Kitty Bennet in the 2005 adaptation of Jane Austen’s Pride & Prejudice. Her performance in An Education was one of the earliest to garner Oscar buzz early in 2009 and has since earned Mulligan 20 Best Actress nominations and 11 wins. In 2010 she’ll star opposite Michael Douglas and Shia LeBeouf in Oliver Stone’s sequel to his Academy Award-winning film Wall Street. 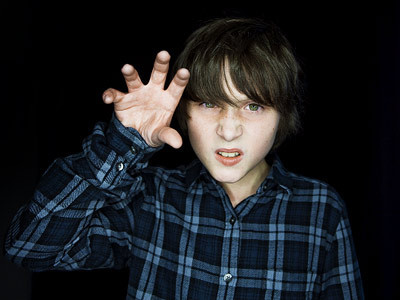 12-year old Max Records started out 2009 playing the younger version of Mark Ruffalo’s character in The Brothers Bloom, but it was his remarkable performance as Max in Spike Jonze’s adaptation of Where the Wild Things Are that has launched him into stardom. The film was on over 15 critics’ Top Ten of 2009 lists. Peter Travers of Rolling Stone magazine raved about the film, praising Records for his  “vibrantly alive performance that is surely a high-water mark for child actors.”

Jeremy Renner has been kicking around Hollywood for about 15 years and despite being nominated for an Independent Spirit Award in 2002 for his portrayal of serial killer Jeffrey Dahmer in Dahmer, he was still relatively unknown. That is until his revelatory turn in Kathryn Bigelow’s The Hurt Locker. His performance as Sgt. William James as earned him numerous Best Actor nominations, 6 Best Actor wins and two Breakthrough of the Year Awards. We’ll see more of him later this year in the Ben Affleck directed crime drama The Town.

Zoe Saldana made her film debut in 2000’s guilty-pleasure-to-end-all-guilty-pleasures Center Stage. She then had supporting roles in a number of films before breaking through big time in 2009 with two of the highest grossing films of the year – Star Trek and Avatar. She’s got three projects lined up for 2010 and we’ll see her  again as Uhura in 2012’s as of yet untitled Star Trek sequel. 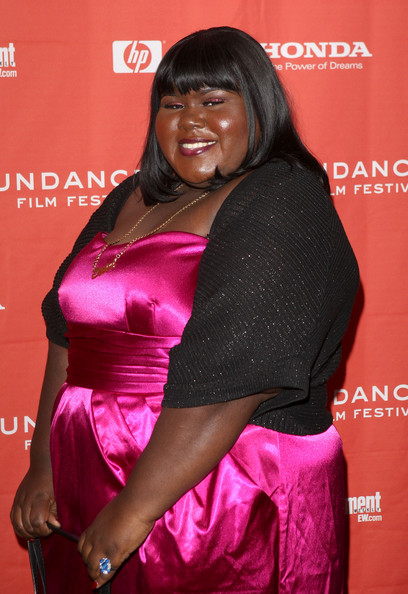 Giving what is perhaps one of the greatest film debuts of all time, Gabourey “Gabby” Sidibe’s performance in Precious is a thing of beauty. It’s a subtle performance that grows as the character grows and will stick with the viewer long after the film is over. She has received over 20 nominations for her performance and garnered 8 wins including the National Board of Review’s Breakthrough Performance – Female. 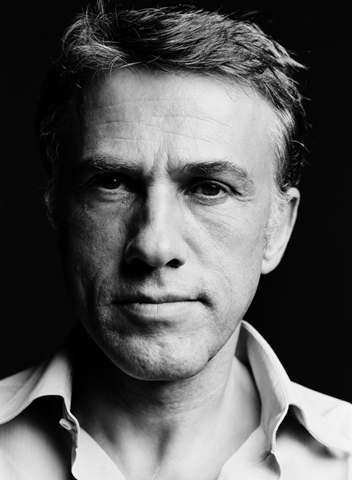 In Quentin Tarantino’s alternate history masterpiece Inglourious Basterds, Austrian actor Christoph Waltz gave the most memorable – and spine-tingling – performance of 2009. Speaking in four languages, perfectly I might add, Waltz is as charming as he is terrifying. Waltz has won a whopping 24 awards for his performance as Col. Hans Landa (and I think, before it’s all said and done he’ll add #25 a BAFTA and #26 the Oscar to this list). He even took the Best Actor award at Cannes when the film premiered last May. Not only has his performance taken the world be storm, his easy going manner, humility and charm as he picks up award after award has won him a spot in our hearts for a long time to come.

Another actor who bounced around Hollywood for nearly a decade before making it big, Sam Worthington, like his Avatar co-star Zoe Saldana, had two huge movies in 2009. Starting with this summer’s critically bashed blockbuster Terminator Salvation, he ended the year on a high note starring in James Cameron’s mega-hit Avatar. Sticking with blockbuster type movies, we’ll see him later this year in the upcoming remake of Clash of the Titans. 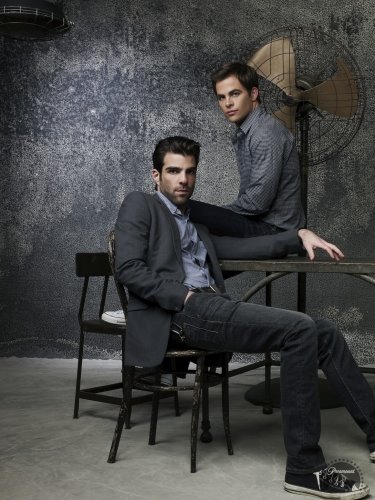 Last on my list are two more stars from J. J. Abram’s masterful relaunch of the Star Trek movie franchise – Chris Pine and Zachary Quinto. Pine, a fellow U.C. Berkeley Graduate (Go Bears!), had been stuck in direct-to-video movie hell and Quinto was best known as Sylar in NBC’s Heroes. With their stellar turns as Kirk and Spock in Star Trek, stars were born, a bromance filled our hearts and beloved characters found  worthy heirs.