END_OF_DOCUMENT_TOKEN_TO_BE_REPLACED

March was a pretty crazy month for me. As you may have seen on Twitter, I announced that I left my job at TCM to take a job at Netflix. This meant closing down my apartment in Atlanta and getting set up in LA. It also meant I had a lot of time in my apartment – which led to an increased amount of viewing in March over February’s pitiful number. There were some new releases I had hoped to catch before the month ended that I did not make it to, but there’s always April! As always, after the cut you can see all the films I watched in March, as well as a handful of favorites.

END_OF_DOCUMENT_TOKEN_TO_BE_REPLACED

Waitress: Sorry, but the card didn’t go through. Do you have another card you want to try?
Frances: Oh, shit, sorry. Um, uhh this is a debit card.
Waitress: Only credit cards or cash.
Frances: Okay. I’m so embarrassed. I’m not a real person yet.

Max: I’m too nostalgic. I’ll admit it.
Skippy: We graduated four months ago. What can you possibly be nostalgic for?
Max: I’m nostalgic for conversations I had yesterday. I’ve begun reminiscing events before they even occur. I’m reminiscing this right now. I can’t go to the bar because I’ve already looked back on it in my memory. . .and I didn’t have a good time. 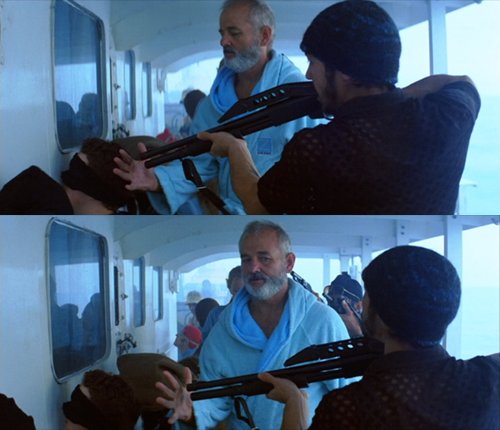 Steve Zissou: Don’t point that gun at him; he’s an unpaid intern.