I saw a little over 200 films that I’m counting as “2021” films this year. You can see the whole list here. I also had the privilege to attend a few film festivals (online and in person) and saw several wonderful films that won’t be more widely available until next year, so any of those films will count towards next year’s list. I’m not sure there is as strong a theme connecting the films that resonated with me this year as there was last year, but I will say three movies in my top five I saw in the first three months of the calendar year. I love a year when films linger that long. Please remember this is a subjective list. This is what spoke to me. Hopefully something on here speaks to you too!

END_OF_DOCUMENT_TOKEN_TO_BE_REPLACED

This year was the 12th year of Noirvember! Truly cannot believe how big the tradition has gotten. This year I was on NPR’s Pop Culture Happy Hour talking all things noir, for Inverse I wrote about the noir roots of Batman, for Letterboxd I wrote about five under the radar neo noir films directed by women, for Nerdist I wrote about ten noir films based on works written by women, and for the Classic Film Collection I wrote about The Hitch-Hiker and a poem about femme fatales. In terms of reviews, I wrote about Passing and The Power of the Dog for Crooked Marquee, Eternals for Moviefone, and Yellowjackets and Kurt Vonnegut: Unstuck In Time for The Playlist. For my Moviefone column I interview Joanna Hogg about The Souvenir: Part II, Blerta Basholli about Hive, Julie Cohen & Betsy West about Julia, Danis Goulet about Night Raiders, and Tatiana Huezo about Prayers For The Stolen. Lastly, for Emmy Magazine I wrote about Women In Media’s CAMERAderie program.

As always, you can find everything I watched plus some highlighted favorites after the cut.

END_OF_DOCUMENT_TOKEN_TO_BE_REPLACED

Tags: A Lady Without Passport, Betsy West, Curtis Harrington, Desert Fury, Frederick de Cordova, Harold Daniels, Her Kind of Man, I Wouldn’t Be in Your Shoes, It’s a Resurrection, Joseph H. Lewis, Julie Cohen, Lemohang Jeremiah Mosese, Leo C. Popkin, Lewis Allen, Madres paralelas, My Name Is Pauli Murray, Noirvember, Pedro Almodóvar, Questlove, Roadblock, Robert Florey, Russell Rouse, Spencer, Summer of Soul, Summer of Soul (…or, Swan Song, The Assignation, The Crooked Way, The Electrical Life of Louis Wain, The Well, This Is Not a Burial, Todd Stephens, When the Revolution Could Not Be Televised), Will Sharpe, William Nigh

I can’t believe October is already over! It was quite a month. Over on the Classic Film Collective patreon I recommended The Velvet Vampire and wrote a poem about Lon Chaney. Making my debut at Inverse I wrote about the queer subtext of Venom becoming text in Venom: Let There Be Carnage. For Nerdist I wrote about toxic masculinity in The Rage: Carrie 2, reviewed Ghostbusters: After Life, recommended some classic Japanese horror films, and the folk horror of The Wind (2019). For The Playlist I compiled a list of the best films and TV episodes about abortion access and women’s bodily autonomy, reviewed Julie Delpy’s new series On The Verge and the new YA series I Know What You Did Last Summer. I reviewed The Souvenir Part II, I profiled Leslie Jones for Emmy Mag, and spoke to Caroline Madden about her book Springsteen As Soundtrack on the latest episode of Prog Save America. For Nerdist I compiled a list of 20 new horror movies directed by women, interviewed cinematographer Marie Rusche, Marisa Silver about the new restoration of her mother’s film Hester Street, and Wendell B. Harris, Jr. about the restoration of his masterpiece Chameleon Street. Lastly, for my column I spoke to director Julia Ducournau about Titane, Maritte Lee Go about her Blumhouse film Black As Night, Claudia Llosa and Samanta Schweblin about their film Fever Dream, Liz Garbus about her latest doc Becoming Cousteau, and Joanna Hogg about The Souvenir Part II. I also launched an Instagram account dedicated to bookstores in cinema!

Now that you’re all caught up on that, as always you can find everything I watched in October plus a handful of favorites after the cut!

END_OF_DOCUMENT_TOKEN_TO_BE_REPLACED

So October started with my annual trip to the Pordenone Silent Film Festival and ended with many great 2019 releases (it’s that time of year!). As always, you can find everything I watched (it was a lot!) in October, plus a few favorites after the cut.

END_OF_DOCUMENT_TOKEN_TO_BE_REPLACED 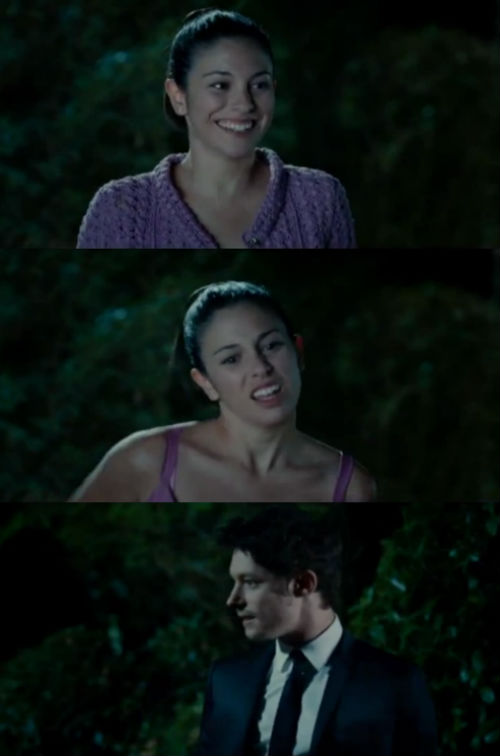 Norma: I’m sick of these heels! And this jacket, too! All these clothes give me claustrophobia. If I could, I’d go naked all the time! 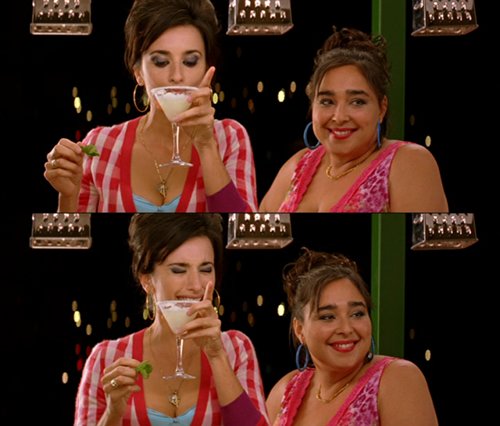 Regina: With your cleavage and my mojitos, we’d make a fortune.

Terrence Malick’s “The Tree of Life” To Play In Competition At Cannes?

There was some speculation as to whether the film would play in competition or out because it’s possibly going to premiere in London before the French festival. However, according to a press release from the festival this morning, Malick’s latest will indeed vie for the top prize. It’s got some tough competition, including the latest from Pedro Almodóvar and Lars von Trier. Woody Allen’s 43rd feature film Midnight in Paris is set to open the festival, out of competition.

The Skin That I Inhabit is a revenge picture based on crime novelist Theirry Jonque‘s 2005 book, “Tarantula,” about a plastic surgeon’s revenge on the man who raped his daughter. But really, that’s just scratching the surface. You can read the full synopsis of the book here, but in short, this is a film that has a loathsome protagonist who, while seeking justice for his daughter, keeps his wife imprisoned and subjects her to humiliating sexual acts with strangers.

I am intrigued for sure. I love Almodóvar and I love Antonio. I still need to see some of their earlier collaborations, but regardless it’s nice to see them working together. The film is being released Sony Pictures Classics and I believe it is set to premiere at the 64th Cannes Film Festival before a September worldwide release.