Deveroux: Does Pat have a tart?
Fergus: She’s not a tart.
Deveroux: No, of course not. She’s a lady.
Fergus: No, she’s not that either.

Neil Jordan is one of my favorite directors. I have so much love for Interview With A Vampire and Breakfast On Pluto. I finally got around to watching this film, Jordan’s only film to be nominated for Best Picture, a few years back and I so fell in love with it. I think I watched it twice before I sent it back to Netflix and then got it for Christmas a few months later. It is just such a beautiful film. On the outside it’s a film about the IRA, but really it’s a film about love and how it can arise so unexpectedly. The Crying Game was nominated for six Academy Awards, winning one: Best Film Editing, Best Original Screenplay (won), Best Supporting Actor Jaye Davidson, Best Actor Stephen Rea, Best Director and Best Picture. It was up against A Few Good Men, Howards End, Scent of A Woman and winner Unforgiven. 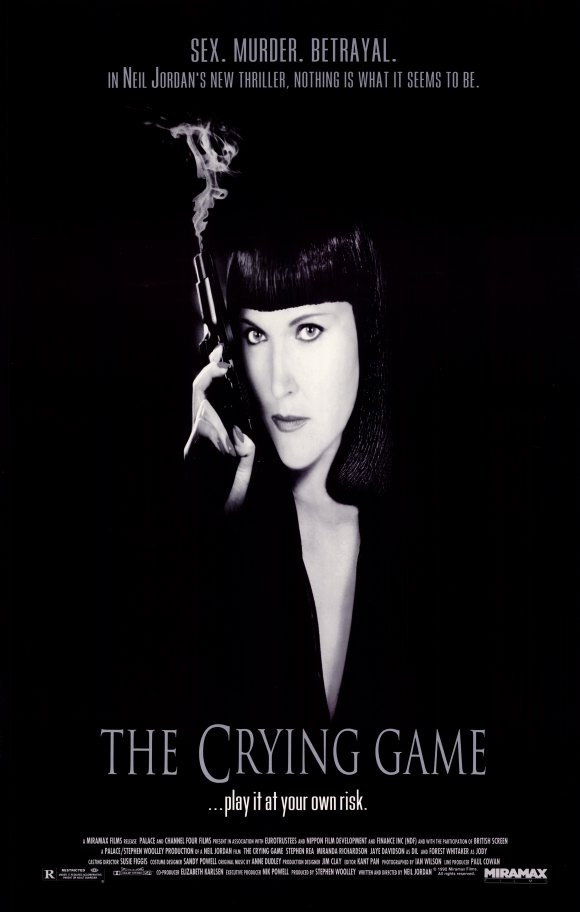 END_OF_DOCUMENT_TOKEN_TO_BE_REPLACED

Miramax Offices Close – The End of An Era

I hear on the grapevine though that the Weinsteins, who were bought out of Miramax years ago and started their own company – The Weinstein Company, are still trying to get the name back. I hope they do.

All through the 90s and early 00s Miramax, under the Weinsteins, pretty much dominated the Academy Awards.

END_OF_DOCUMENT_TOKEN_TO_BE_REPLACED

Much like my earlier post featuring my ten favorite performances nominated for Best Actress at the Oscars since 1989, I bring you my top performances nominated for Best Actor. However, there was no way I could limit this list to ten, even paring it down to fifteen was pretty hard. So here goes nothing. If you’re interested in buying any of the films listed below, click here.